From the small size of our new shop in Manhattan Beach, guests are surprised to learn that it is actually our fifteenth store since our young cycling fanatic founders pioneered their first shop during the 1970s Bike Boom. Alan Goldsmith was a young practicing attorney. Suzy Goldsmith, who grew up in Torrance, managed the business. Named Bikecology, it expanded to five West LA area shops and a thriving mail order catalog by 1980. But messy conditions resulting from rapid and haphazard growth needed a reset to prepare for the future. 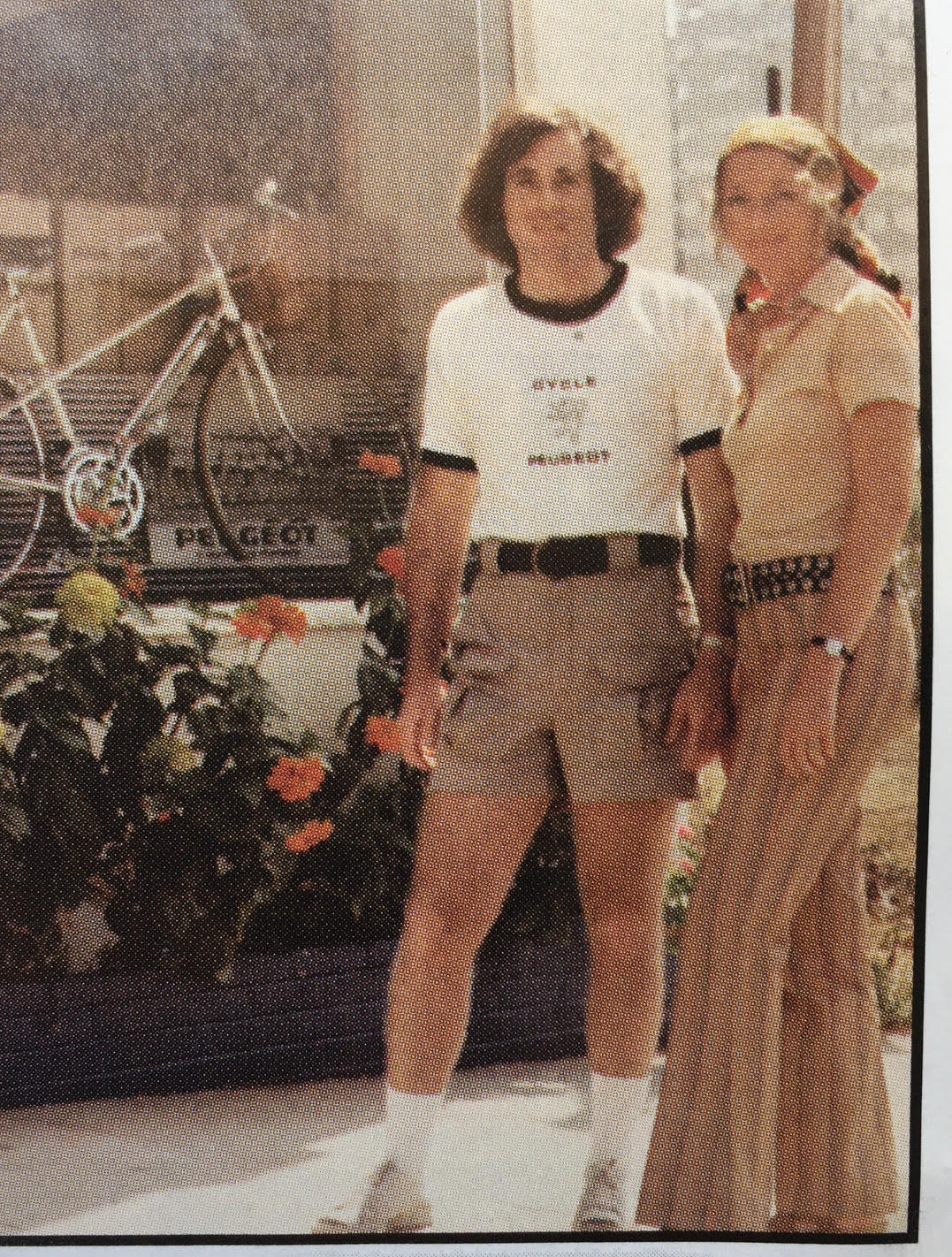 The Supergo Mail Order catalog of Euro racing gear started in 1973 to serve the 10 Speed Boom. An overwhelming national response required relocating from “back of bike shop” to a full-scale mail-order warehouse operation. Over fifty people were employed shipping up to 1,000 orders per day and publishing a quarterly 96 page color catalog reaching 750,000+ cyclists. The Supergo catalog, written entirely by Alan, was regarded as a cycling “encyclopedia” for its wealth of useful bike tech info. But its “must read” fame came from the reliable flow of exclusive deals, new product intros, and unbeatable prices.

Another Supergo first came in 1996 when the catalog went online as Supergo.com. As one of the earliest successful multi-channels (shop, catalog, website) retailers, Supergo was featured in L.A. Times, N.Y. Times, Wall Street Journal, and most cycling publications. It also won prestigious internet association awards for best navigation and best design. Supergo also served as inspiration for many competitors.

Another Supergo break-through was in 1999, when we installed dedicated high-tech video fit stations imported from Europe, in every shop. The technology was fine at the time but crude compared to today.  Supergo sponsored numerous athletes including Marianne Martin, winner of the 1984 Women's Tour de France, Elizabeth Mamen, Triathlete, several RAAM riders, UCLA Cycling Team, BMX racers including 13 year old Perry Kramer ("PK Ripper"), and too many clubs and events to list.

In 2002, after reaching $45 million sales and burnout, Alan decided to sell Supergo and retire. The buyer was the large private equity investor that owned Performance Bike Shops. Their logical concept was to layer Supergo as the pro level shop above Performance’s mid-range shops. Think: Banana Republic and the Gap. But Performance’s management couldn’t pull it off. The popular Supergo brand was retired after three years, and the shops were rebranded “Performance.” This alienated many of Supergo’s loyal customers, and fantastic employees, who just never warmed to Performance. The reason was simple: Supergo’s soul and mission was authentic “bike people.” Performance was just about “moving merchandise.” Supergo stores crumbled; contributing, along with countless bad moves, to Performance’s 2018 bankruptcy.

Retired, Alan was finally able to ride. But demand for his industry knowledge soon brought him back. He has advised or re-structured several shops, consulted bike manufacturers, and served on industry forums. His favorite consult was creating Specialized’s concept store program in 2005. South Bay Cycle demonstrates his current interpretation of the concept.

The idea for South Bay Cycle came about as Supergo alumni and friends in South Bay felt that the Beach communities were underserved with Specialized products and top-level expertise and service. The proud result is South Bay Cycle.

Numerous bike and equipment brands were eager to partner with us. So why Specialized? Alan was one of Specialized's first customers at its inception 1974 founding. Sean and Diego also have decades of Specialized experience. Reason: Specialized’s consistent commitment to: Best design & quality, best performance, best pro-consumer policies, best contribution to cycling and society, and other criteria.

Our mission is to provide the community with the highest standards of honest selling, service, consumer experience, and contribution to our local cycling scene. It’s also to encourage new people, including kids, to enjoy the many benefits of cycling. Every product in our shop is carefully selected for consistency with this mission.

“If Specialized makes it, we sell it expertly.”